Odor1 products use the power of Chlorine Dioxide to permanently eliminate the stink in your life.

So, what is Chlorine Dioxide (ClO2)?

​The chemical formula for Chlorine Dioxide is ClO2. It is a chemical compound made up of one part Chlorine and two parts Oxygen. Chlorine Dioxide functions as a highly selective oxidant due to its unique, one-electron transfer mechanism. Chlorine Dioxide (ClO2) is a proven odor eliminating gas with strong oxidizing abilities. It has become a work horse in odor abatement, particularly in smoke elimination. When selecting a company to solve your odor problem, it is important to know what they use and how they apply it. By using the gas form of ClO2, with deep penetrating abilities, you are able to eliminate tough odors. The physical nature of chlorine dioxide is a gas of a yellow-green color. It is very soluble in water and is commonly used in water treatment for drinking water and vegetable rinses, it actually breaks down into a saltwater solution. ClO2 is one of the strongest oxidizers of odor molecules.

​Chlorine Dioxide smells somewhat like bleach, but it should not be confused with chlorine bleach or chlorine gas. They all share the name of “Chlorine” but are very different chemicals that react differently and produce byproducts that have little in common. Chlorine Dioxide forms none of the harmful by-products produced by chlorine gas or chlorine bleach. Chlorine bleach and chlorine gas both operate through chlorination of a substance, the sharing of a chlorine atom. Chlorine Dioxide is effective through an oxidation process where molecules are oxidized. Chlorine Dioxide forms none of the harmful by-products produced by chlorine. Chlorine Dioxide readily vaporizes and reacts with many things around it, or it decomposes and it is gone. Once Chlorine Dioxide is deployed through the gas method, it either reacts or it decomposes. One of the most significant benefits of ClO2 is that it does not linger. It is important to know that ClO2 is attracted to water and a few companies use a sponge as a delivery method. Their problem arises from the sponge deployment method. Understanding that ClO2 is attracted to water and they are using a wet sponge, the sponge holds the water so that not all of the gas can be released, thus making it less effective.

How Can It Be Used?

It can be used as a liquid, a gas, or in tandem depending on the recommended protocols. It has been tested and proven to be the most effective tool in the odor removal industry today. Chlorine Dioxide eliminates the odors cause by mold & mildew, along with odors from cigarette smoke, fire smoke, urine, fecal matter, skunk, rotten food, just to name a few. ClO2 leaves no residue after use. When applied as either gas or liquid, ClO2 goes to work and does it's job. When it is finished, the gas breaks down into sodium ions and the liquid breaks down into salt and water. Chlorine Dioxide’s Active Properties are based on oxidation rather than chlorination, and does not react with organic matter to form DBPs like Chlorine (Cl2) does. Unlike Chlorine (Cl2), Chlorine Dioxide (ClO2) remains a true gas when dissolved in water as it does not hydrolyze in water.

Why Are Odor1™ ClO2 Products More Effective Than Other Odor Removal Products?

Odor1 odor elimination systems offer a simple, practical, and cost effective approach to promoting a clean and odor-free environment for consumers and all businesses. Most air freshener products merely cover up odors with another odor and they do not eliminate the smell at its source. Other, somewhat more effective, products are surfactants (detergents) that eliminate a few bacteria but have little or no effect on a wide range of bacteria. Masking agents eliminate odors but only temporarily. However, you can still smell subtle hints of the original odor. Odor1™ ClO2 products can be safely and effectively used to eliminate the source of the odor. Chlorine Dioxide is a gas that loves to find and hang onto water. Our premium 2-part system has been designed in such a way as to go right to the gas stage without trapping in water. Trapped water affects the release of the ClO2 and you can get unfavorable results. Our products are also manufactured in a clean room that has very low humidity. This is very important as the low humidity prevents the Chlorine Dioxide from activating, even slightly in the pouch, which reduces its effectiveness to you. This technology also increases the shelf life of our products to over 5 years. Chlorine Dioxide technology has evolved over the years and we have continually kept up with the changes which really make a difference in our products verses any other company claiming to remove odors. 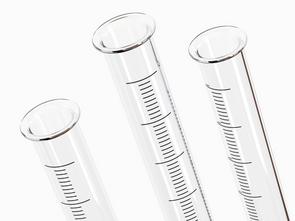 ​ClO2 odor elimination systems offer a simple, practical, and cost effective approach to promoting a clean and odor-free environment for consumers and all businesses.